A project to safeguard the integrity of the town’s quay structures whilst enabling the Environment Agency to address the requirements to improve its flood defences. 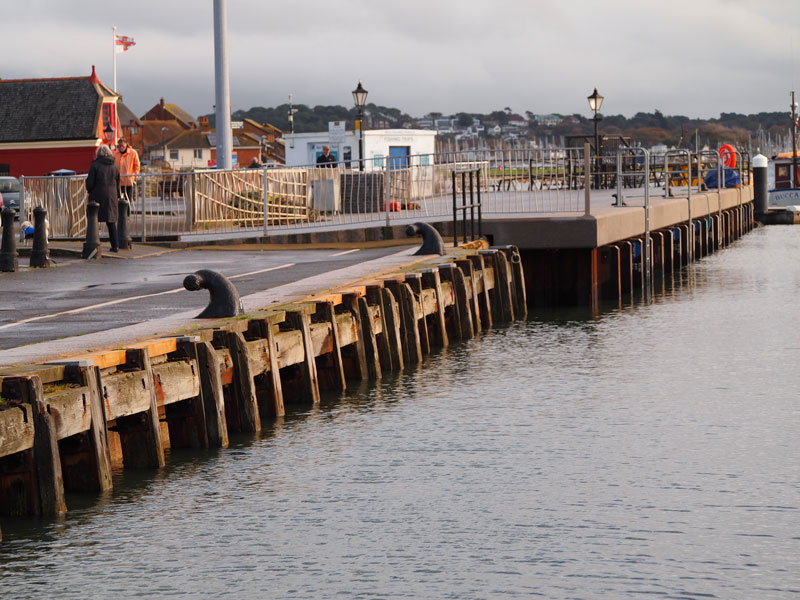 Showing the difference in levels once Phase 1 of the works were completed, and before Phase 2 of quay level raising had begun.

This three-phase project will join up the existing sea defence schemes to a consistent defence level with adjacent schemes. It will address a low area of flood defence protection between adjacent flood defence schemes that have been carried out previously in the Old Town area and Green Gardens (by the Old RNLI Lifeboat Station).

The objectives in summary: 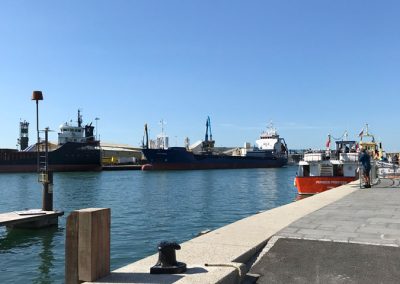 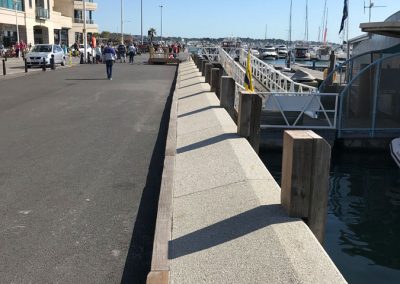 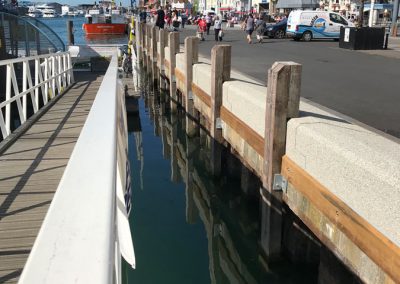 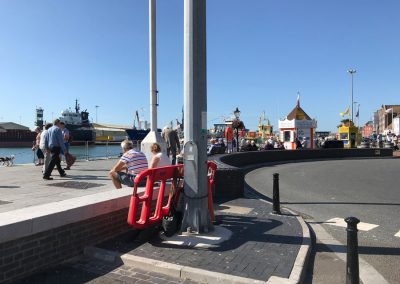 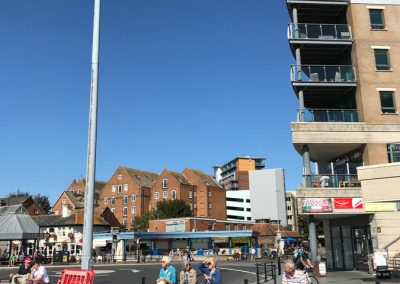 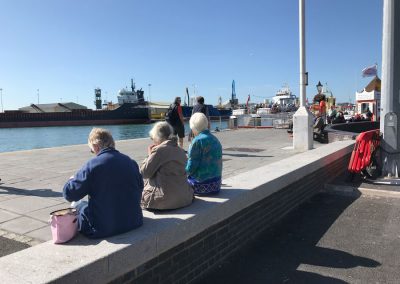 Flood defences at the roundabout 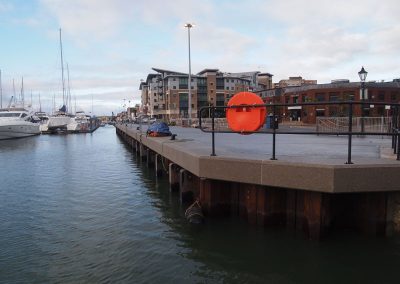 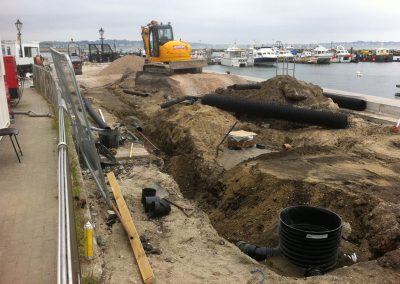 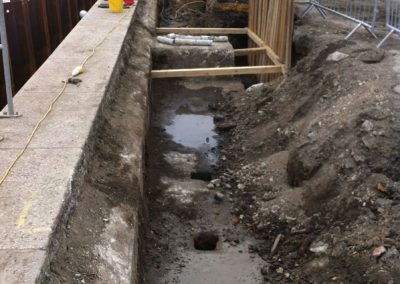 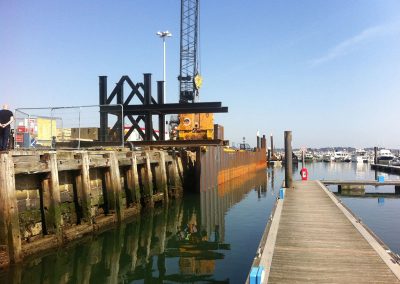 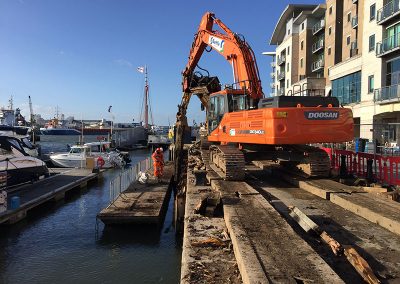 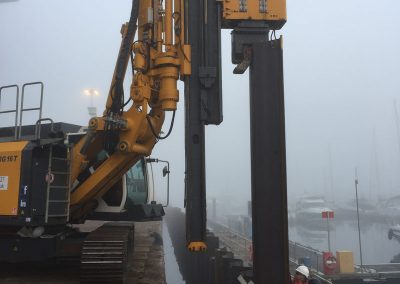 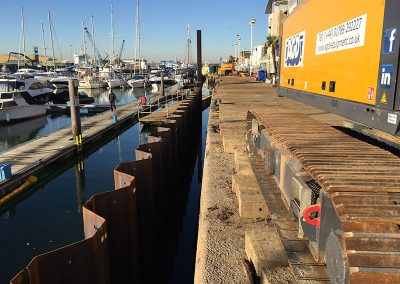 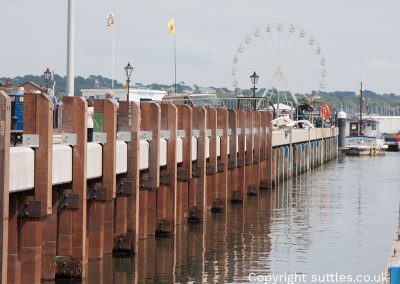 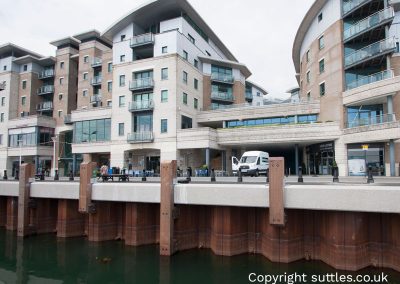 Poole Quay sea wall is owned and operated by Poole Harbour Commissioners (PHC). It is built of a mixed construction. Many sections were reinforced with steel sheet piles in the early 1980s, but the length of quay East of Dolphin Quays to the Old Lifeboat station remains a much older masonry construction.

A divers’ survey from 2012 conducted by PHC shows that the total length of the masonry wall of the east quay is in very poor condition with voids behind.  It had timber fender piles and rubbing strips missing.  These protect the wall and boats from being damaged.

The quay provides defence against flooding to the area of Old Town behind the quay wall where land levels are significantly lower than the flood defence level. Therefore if the quay was overtopped by seawater to any extent there would be flooding in that area.

Before it was raised the quay wall provided a 1 in 200 year standard of protection until 2020. In order to provide flood protection through to 2060 the defences on the quay needed:

The scope of these works has involved: