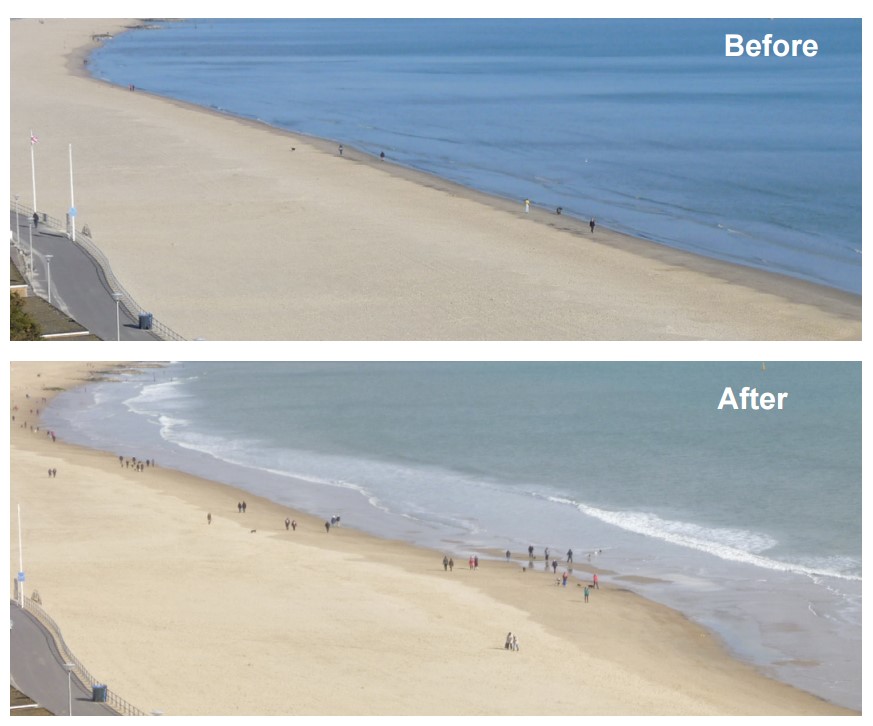 The Nearshore Beach Replenishment Trial, endorsed by the Environment Agency both locally and nationally, tested a new approach to beach replenishment in Poole Bay. The trial investigated whether relatively small amounts of sand placed on the seabed close to shore can be moved toward and along the beach the prevailing waves and tidal currents. This method is know as the ‘Sand Motor’ (or Sand Engine).

The Sand Motor concept has been widely used in the Netherlands since the 1990’s given that it is cheaper and less intrusive compared to traditional beach renourishment methods. The works here are of national importance given that the concept has never before been trialled on beaches in the UK.

The Marine Management Organisation granted the licence to allow the placing of sand in the sea. The works were undertaken between the 9th and 14th February 2015, when 30,000m³ of sand was placed on the sea bed approximately 400m offshore at Canford Cliffs Chine, in water between 5-8m deep.

Poole Harbour Commissioners provided the sand from maintenance dredging of Poole Harbour entrance, thereby recycling beach material back into the system, rather than dumping it offshore at a disposal site.

Seven survey sets were collected by the Channel Coast Observatory over time. Each set consisted of a topographic survey of the beach and a bathymetric survey of the sea bed. Fluorescent tracer studies were also undertaken to establish a link between the sediment deposited on the sea bed and the beach. An Acoustic Doppler Current Profiler (ADCP) measured the speed, direction and turbidity of water currents using sound waves.

The Environment Agency published their final report in March 2018. 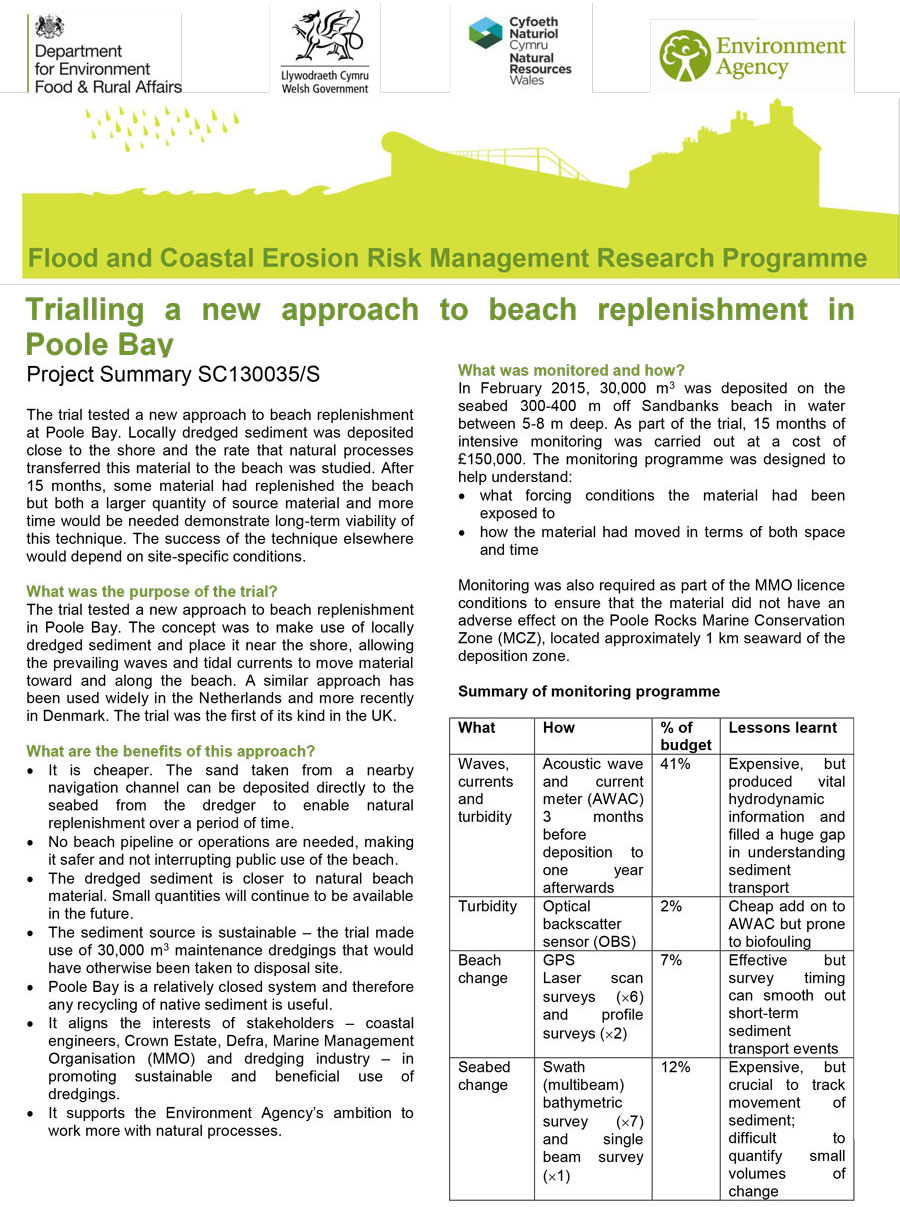 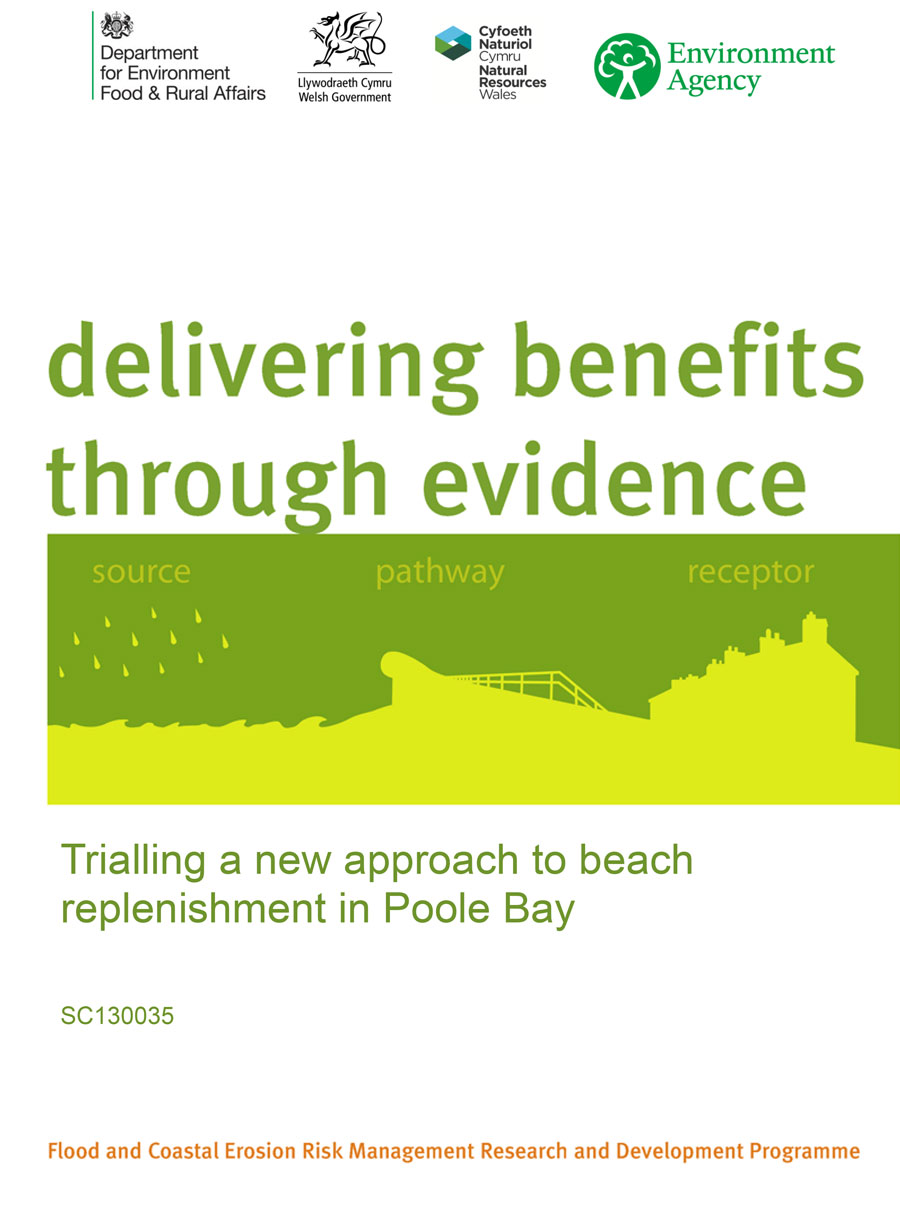 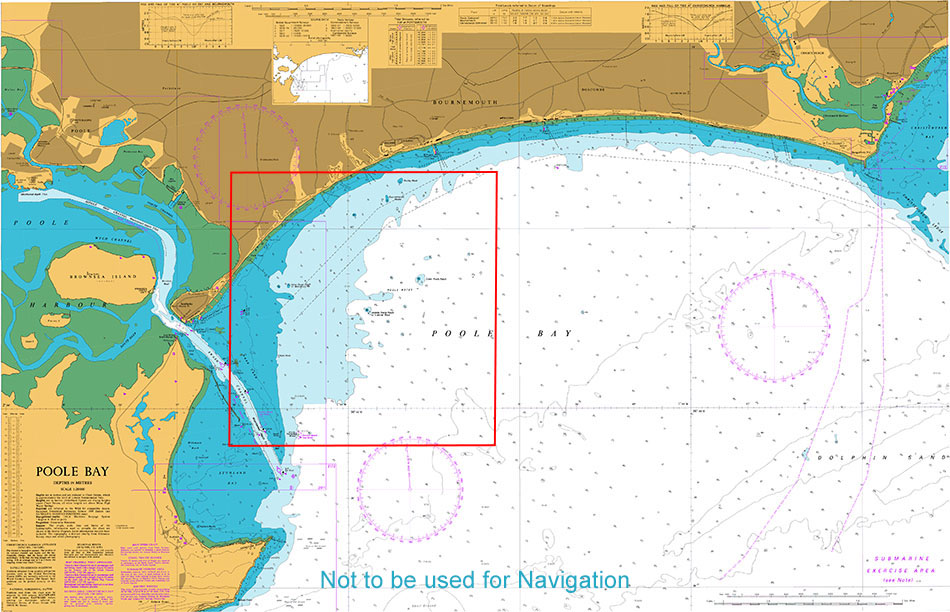 Overview the area shown in the detail map below is marked in red. 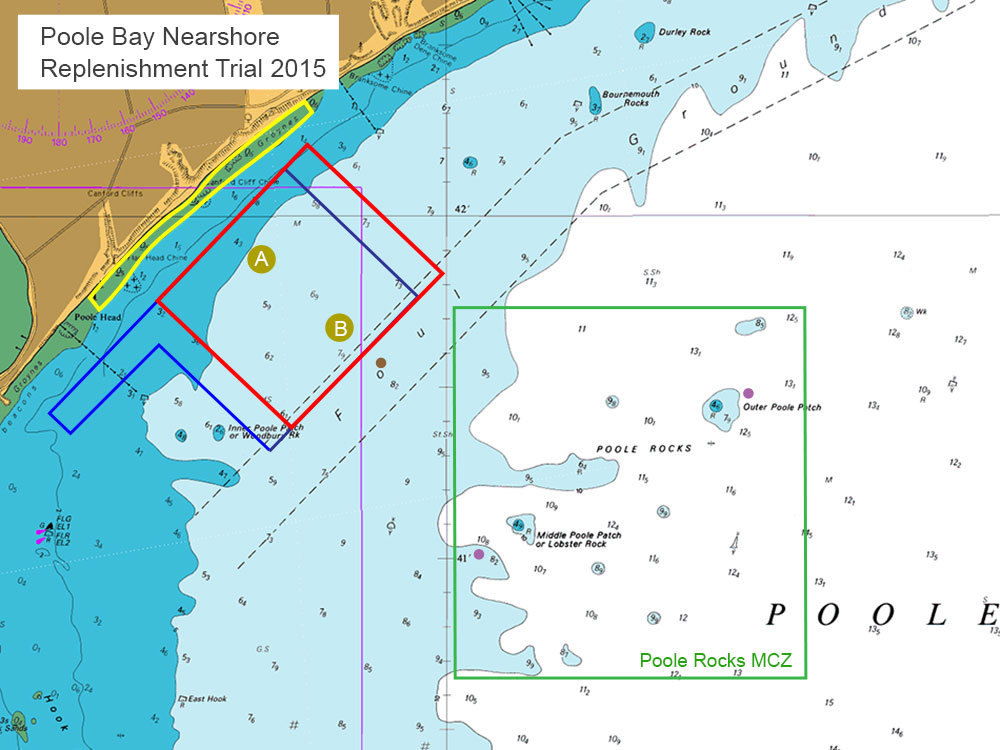 Detail map approx 30,000 cu.m. of dredged material placed as close as possible to site A on a set grid pattern.

© Crown Copyright and/or database rights. Reproduced by permission of the Controller of Her Majesty’s Stationery Office and the UK Hydrographic Office